On the Birthday of H.G. Wells 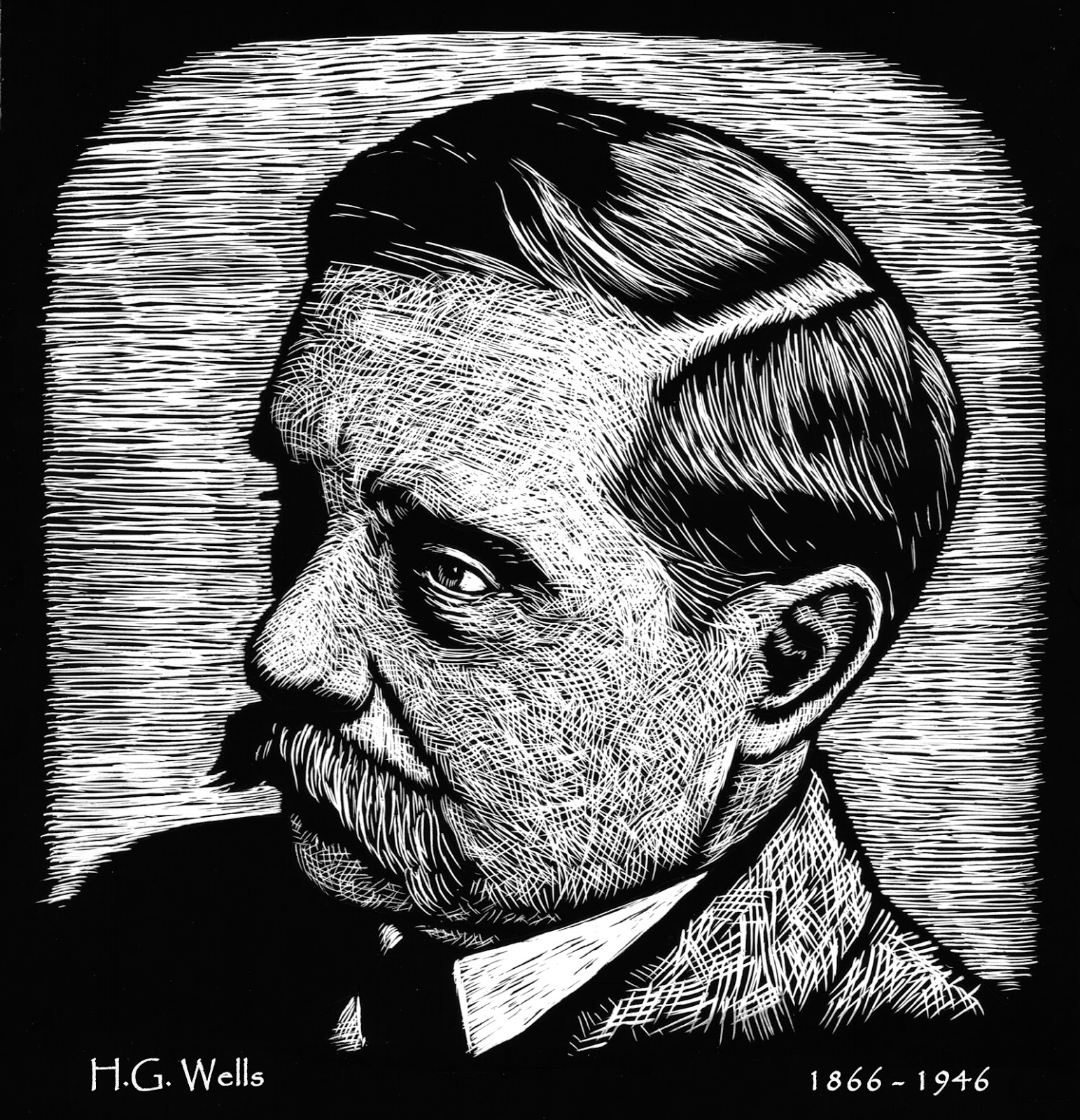 To commemorate H.G. Wells' 148th birthday, I offer a humble portrait of the author of The Time Machine, The Invisible Man, The Island of Doctor Moreau, and The War of the Worlds... I did not know Wells was also responsible for the story that influenced the 1976 film, The Food of the Gods. Incredible!
Posted by Dave Felton at 5:45 PM No comments: 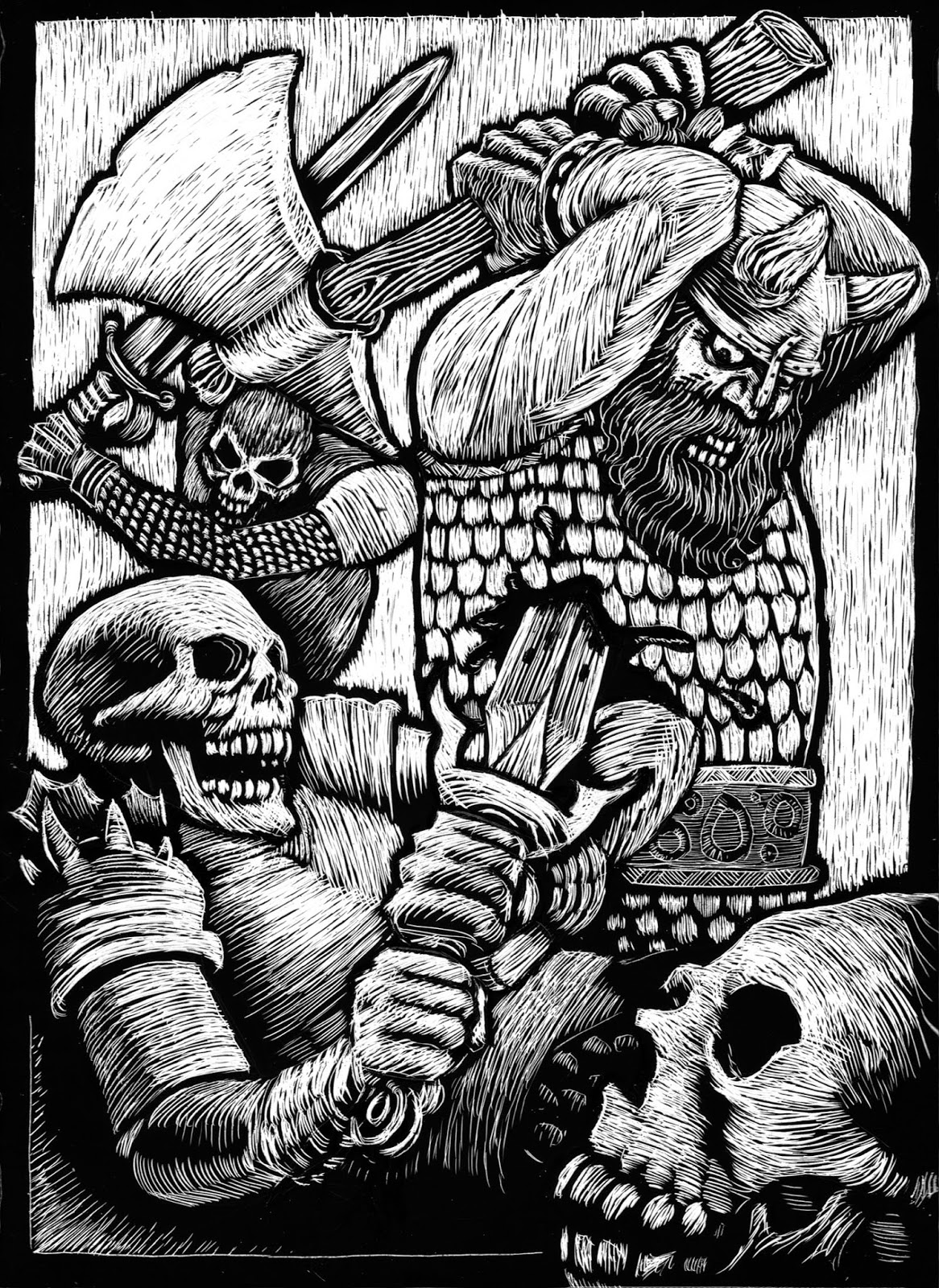 This is a smaller version- 5" x 7" scratchboard- of a drawing done for a friend last year, which I called "Jim's Tattoo idea, or The Fall of the Skeleton King." The skeleton has since lost his crown but is no longer so readily vanquished.
Posted by Dave Felton at 6:26 PM No comments:

Email ThisBlogThis!Share to TwitterShare to FacebookShare to Pinterest
Labels: scratchboard 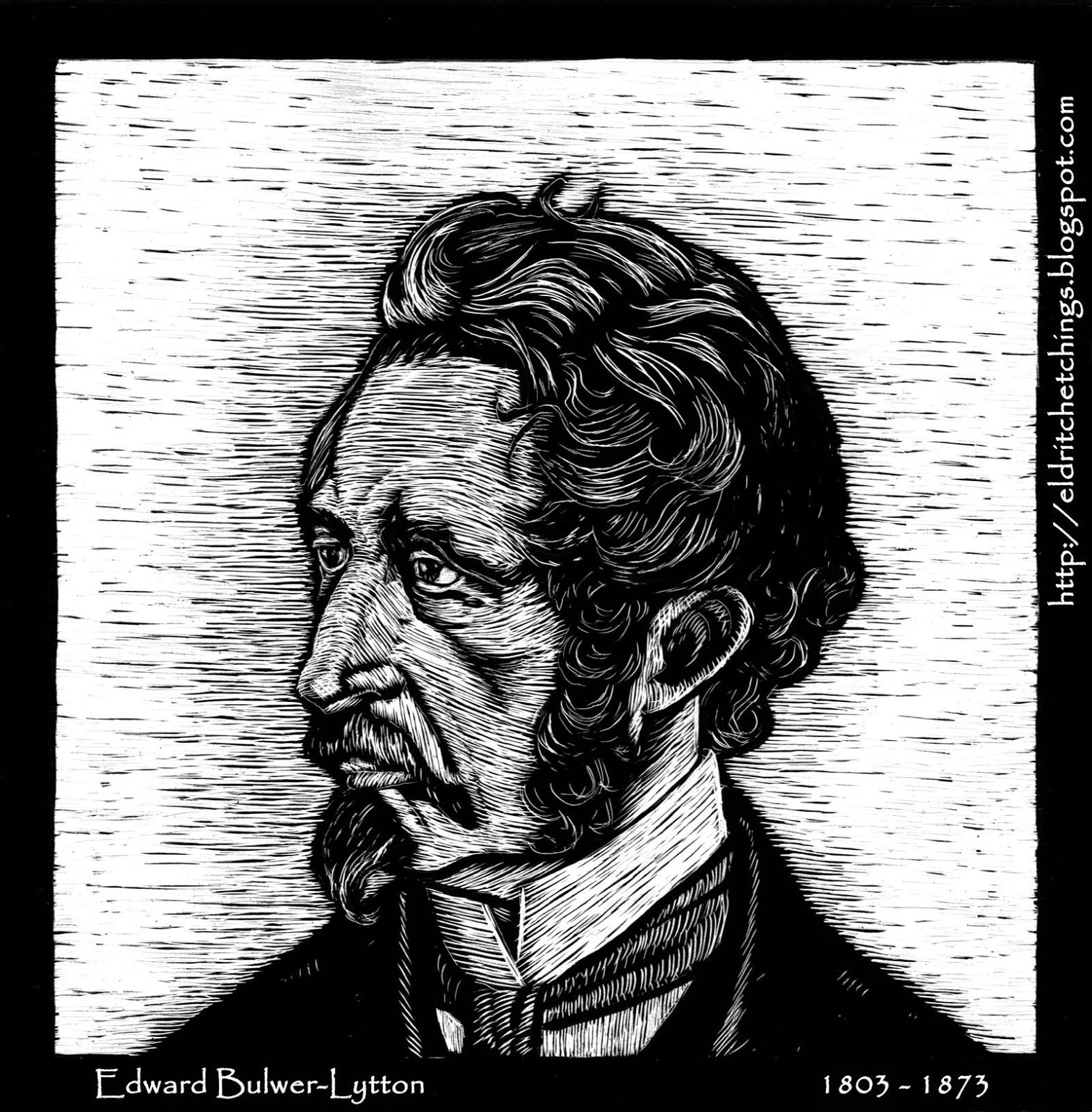 Edward Bulwer-Lytton was an Eighteenth Century English novelist, playwright, and politican who coined the famous phrases "the pen is mightier than the sword" (from his play Richelieu, 1839) and "It was a dark and stormy night," the first line from his novel Paul Clifford (1830). He sat in Britain's Parliament for nine years and the science fiction and occult nature of his fiction inspired theosophical works, and his 1862 novel A Strange Story is said to have inspired Bram Stoker to write Dracula.

H.P. Lovecraft had this to say about Bulwer-Lytton:

"At this time a wave of interest in spiritualistic charlatanry, mediumism, Hindoo theosophy, and such matters, much like that of the present day, was flourishing; so that the number of weird tales with a 'psychic' or pseudo-scientific basis became very considerable. For a number of these the prolific and popular Edward Bulwer-Lytton was responsible; and despite the large doses of turgid rhetoric and empty romanticism in his products, his success in the weaving of a certain kind of bizarre charm cannot be denied. 'The House and the Brain,' which hints of Rosicrucianism and at the malign and deathless figure perhaps suggested by Louis XV's mysterious courtier St. Germain, yet survives as one of the best short haunted-house tales ever written."
Posted by Dave Felton at 5:00 PM No comments: 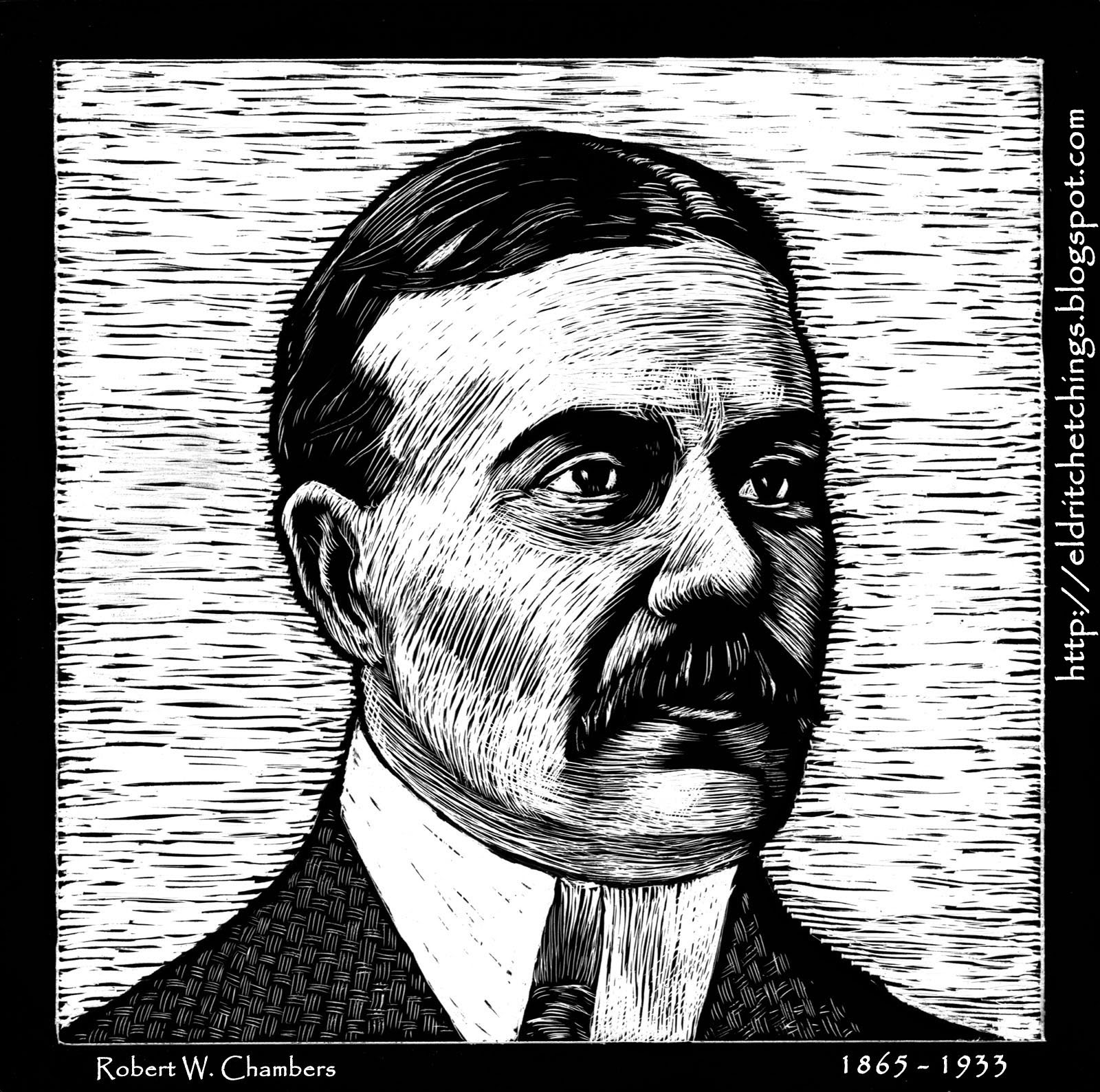 A bestselling author of turn-of-the-century romances now forgotten, Robert W. Chambers is remembered today for his story collection "The King in Yellow" and its influence upon contemporary weird fiction, from the work of Joe Pulver to HBO's True Detective.


"Song of my soul, my voice is dead,/ Die thou, unsung, as tears unshed/ Shall dry and die in/ Lost Carcosa." - Robert W. Chambers, "Cassilda's Song in The King in Yellow."
Posted by Dave Felton at 7:44 PM No comments: 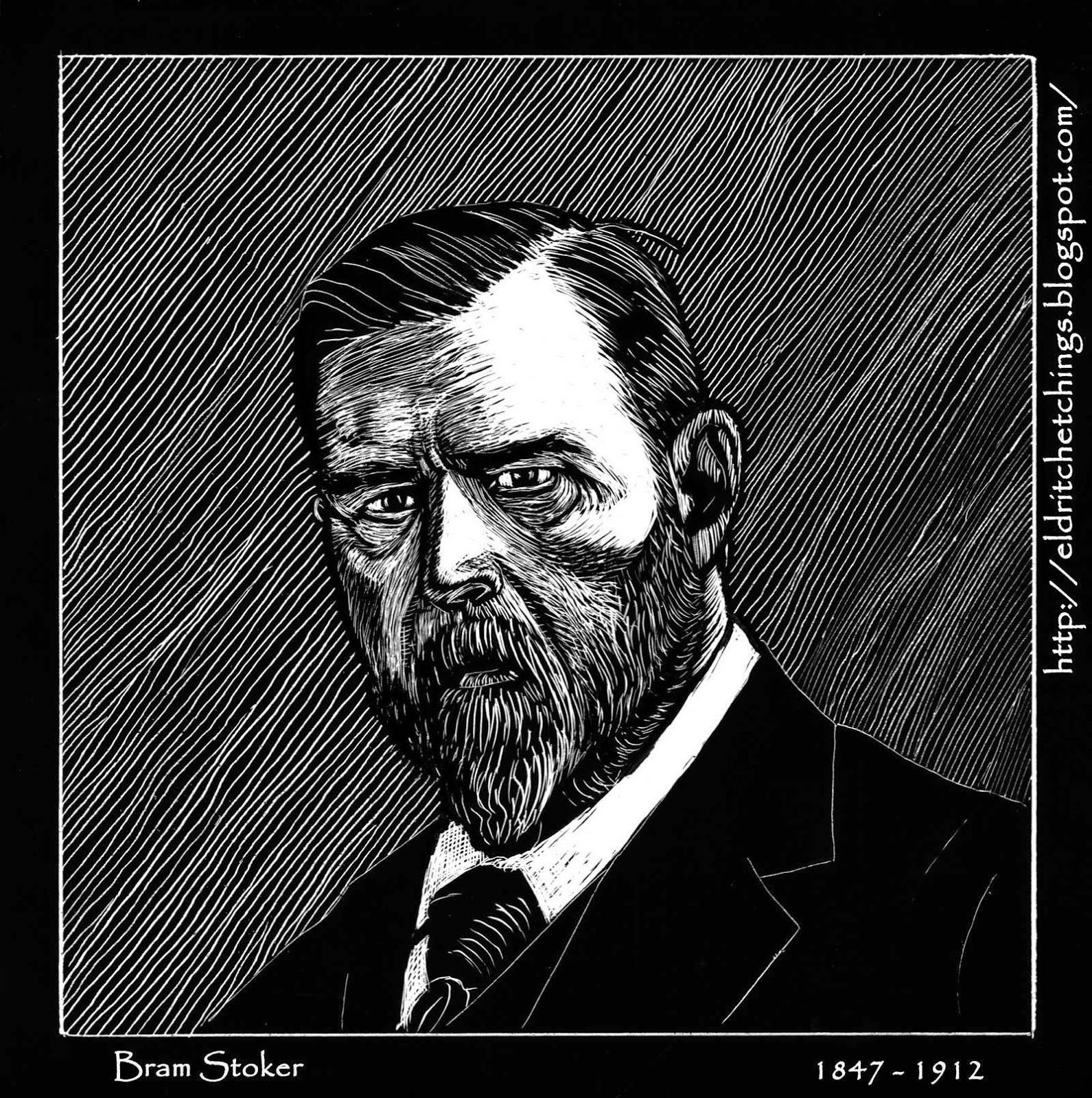 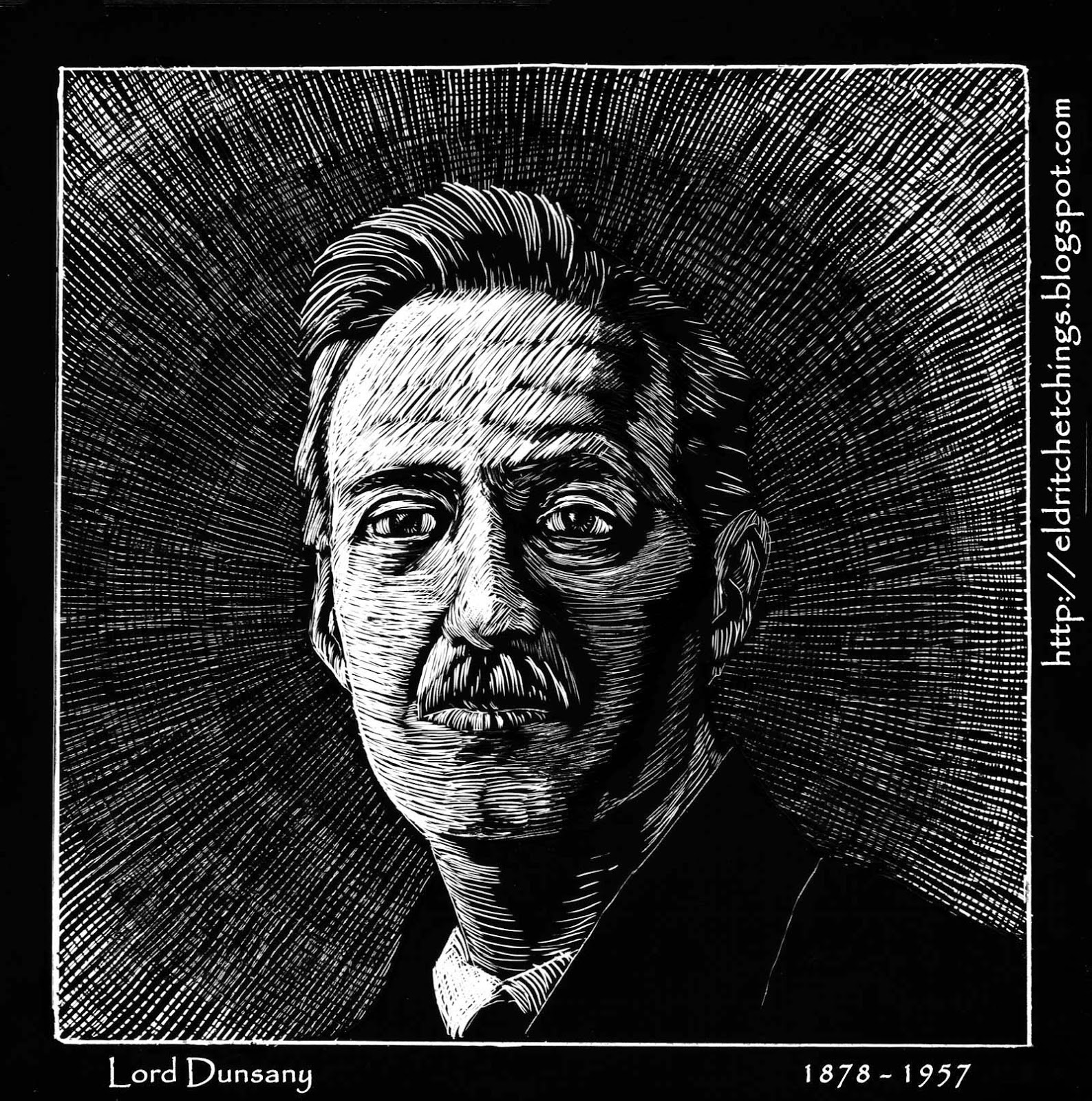 Fantasy literature owes much to Lord Dunsany, Irish writer and dramatist, and 18th baron to Dunsany Castle, established in the 12th century and the oldest family home in Ireland. Along with a military career that spanned both World Wars, his first collection of short stories, The Gods of Pegana, was published in 1905, and he began writing plays several years later at the request of W.B. Yeats.
A new documentary on Lord Dunsany was released a week ago and is available to rent or buy online at http://vimeo.com/ondemand/dunsan
Posted by Dave Felton at 7:38 PM No comments: 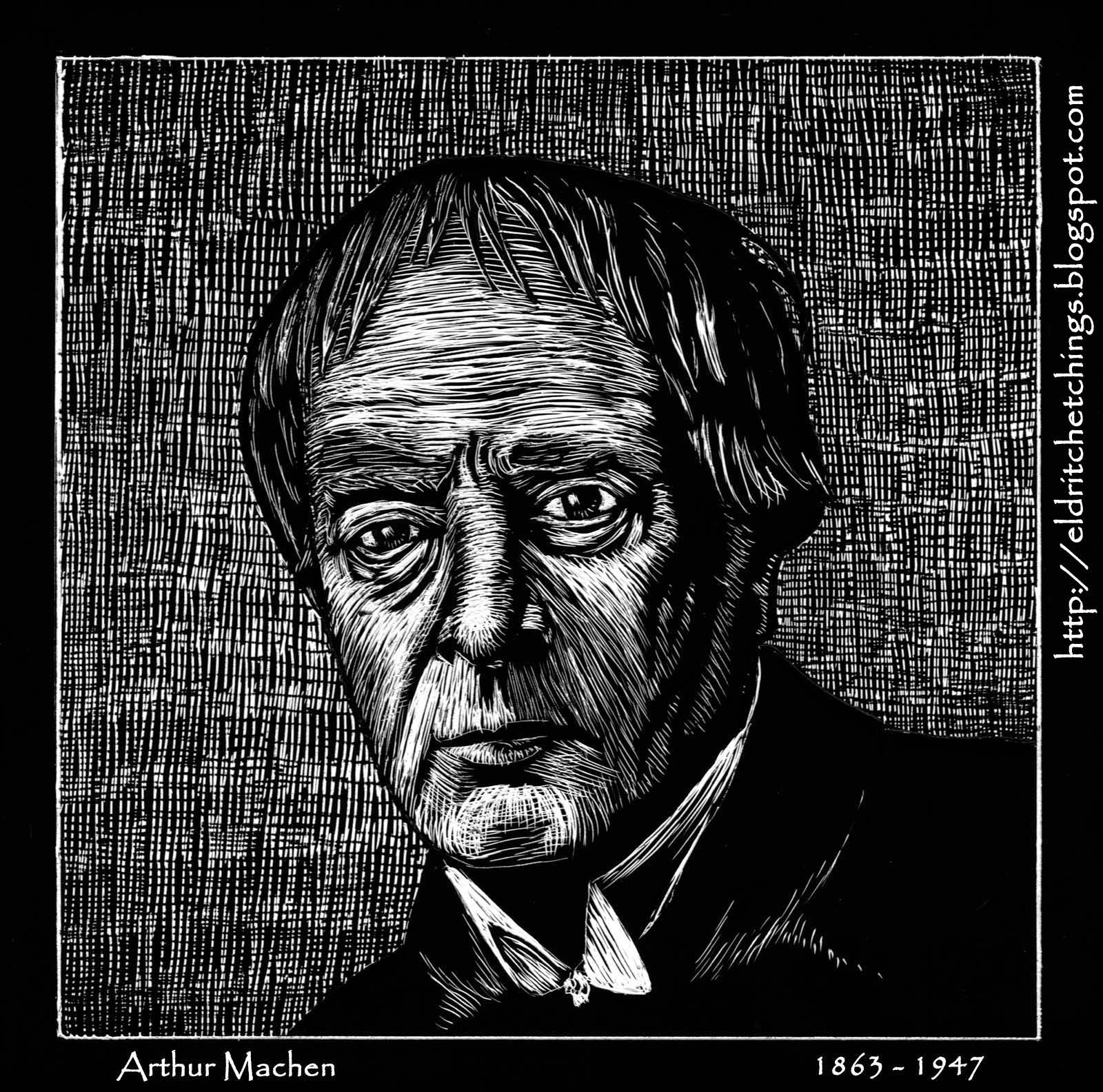 Arthur Machen was a Welsh author of supernatural tales and decadent horror who drew upon paganism and the occult to color his fiction, which include the novel "The Hill of Dreams" (1907) and the novella "The Great God Pan" (1894). His short story "The Bowmen," about phantom archers fighting the advance of German soldiers in the First World War, was published in a London newspaper in 1914 and taken as an eyewitness account, fueling rumors that the Angels of Mons defended Britain from its enemies in an act of Divine intervention.
"There are sacraments of evil as well as of good about us, and we live and move to my belief in an unknown world, a place where there are caves and shadows and dwellers in twilight. It is possible that man may sometimes return on the track of evolution, and it is my belief that an awful lore is not yet dead." - Arthur Machen, "The Red Hand"
Posted by Dave Felton at 7:37 PM No comments: 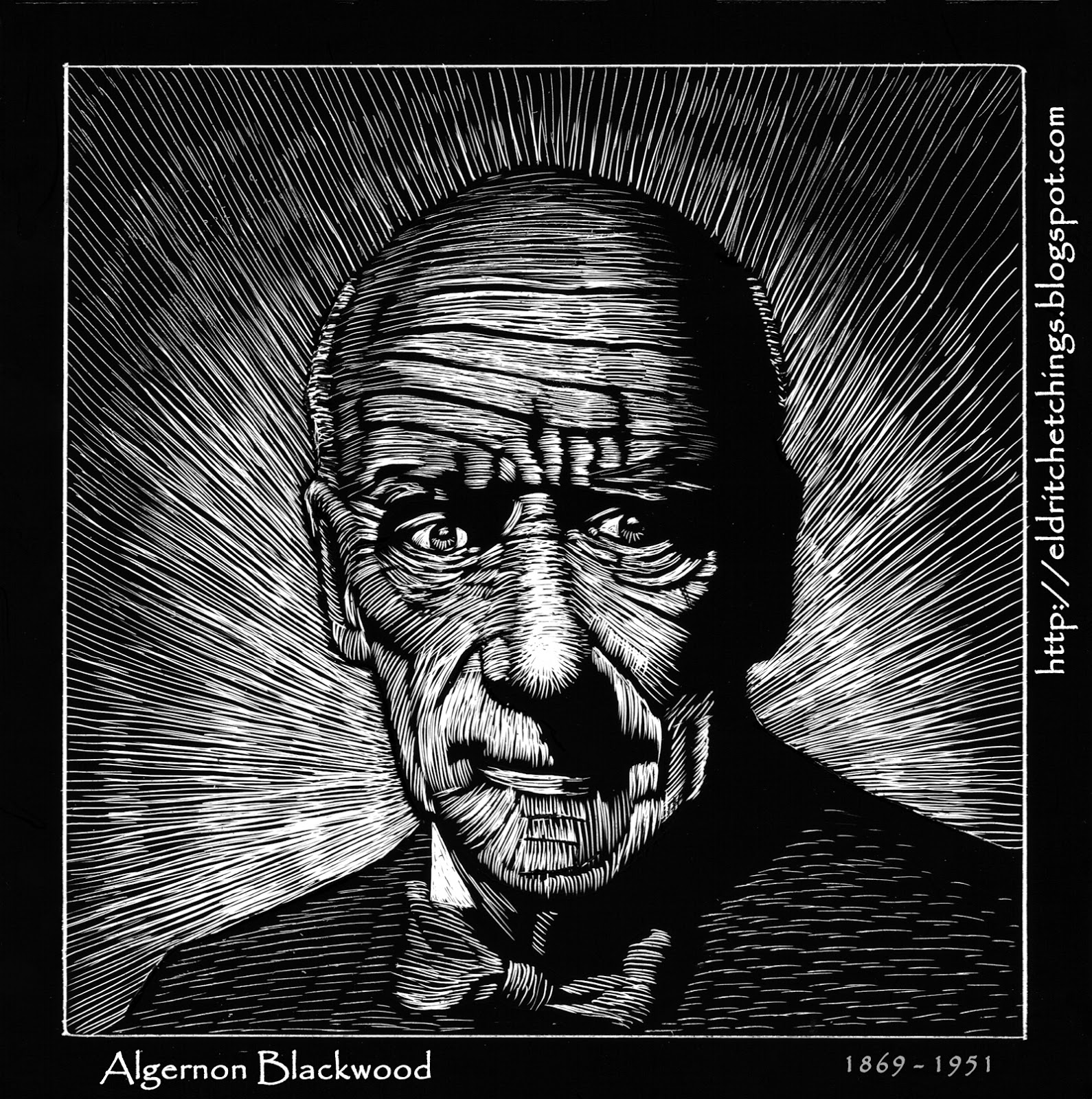 British writer Algernon Blackwood, at one time a member of the Order of the Golden Dawn, created the adventures of his psychic detective John Silence, stories that were widely popular in his day, but he remains most-known for his short stories of the supernatural such as "The Willows" and "The Wendigo." In his seventies, Blackwood read ghost stories on the BBC radio throughout World War II despite a near-death experience when his London home was bombed during The Battle of Britain. He was knighted two years before his death at the age of 82. His amazing face is almost as weird as his stories...
5" x 5" scratchboard portrait.
Posted by Dave Felton at 7:36 PM No comments: