"The air began moving around the moon, as if the moon were the center of a great black cloud, just before membranous veils lifted from the moon and they saw that it was a gigantic eye staring down at them. Around the eye, the sky split; deep clefts opened through which darkness began to ooze, a darkness blacker than the night, which crawled down as a set of slimy tentacles..." Eddy Bertin, "Darkness, My Name Is," The Disciples of Cthulhu, DAW, 1975 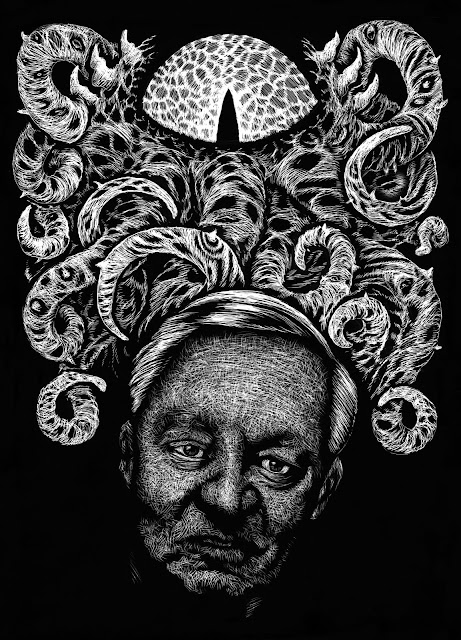 This 5"x 7" scratchboard portrait of Bertin, done late last year for Graeme Phillips, appears in the Summer 2015 issue of Phillips' zine Cyaegha and is currently available.
Posted by Dave Felton at 1:49 PM No comments:

Email ThisBlogThis!Share to TwitterShare to FacebookShare to Pinterest
Labels: scratchboard 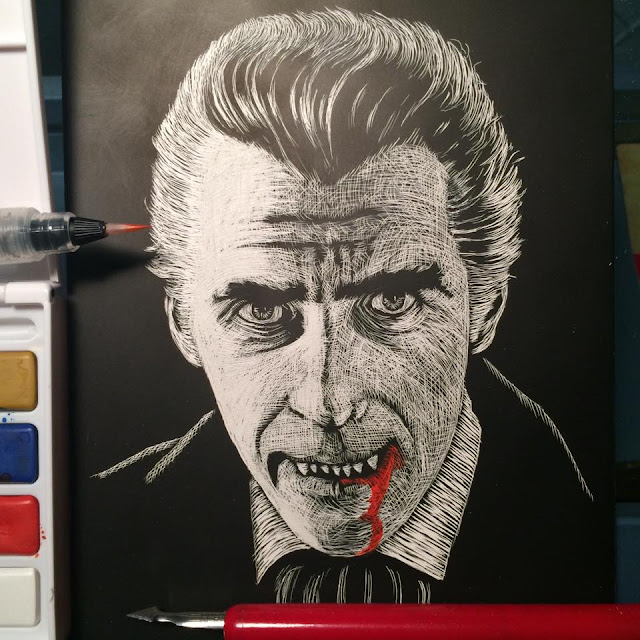 Posted by Dave Felton at 1:54 PM No comments: